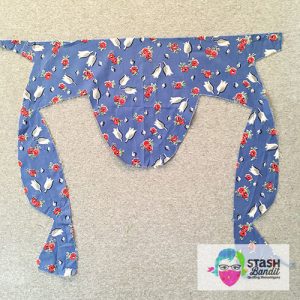 A while back I was with quilting buddies in Holdrege and there was a garage sale at the senior citizen’s center. I spied a beat-up brown grocery sack with “50¢” scrawled on the side. 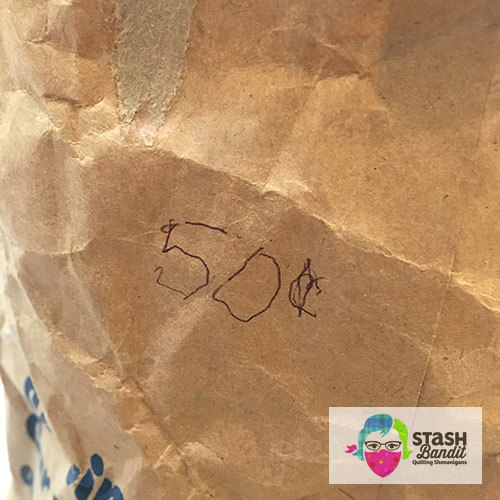 The sack was full of old fabric scraps, and a quick look told me they were mostly small pieces. But for a price like that, I wasn’t about to leave them behind. 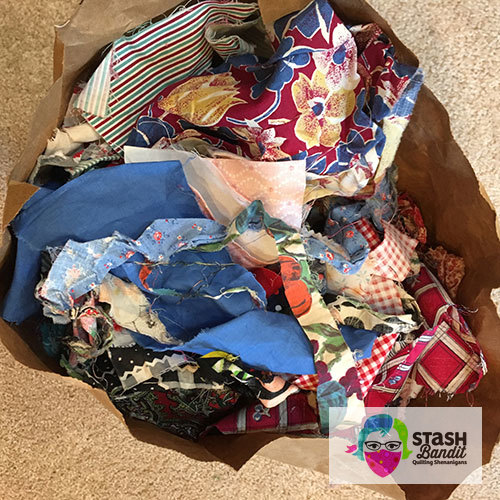 When I got them home and inspected more closely, there were a couple of problems. They smelled musty as if they’d been in a closed-up house or a damp basement for a long while. That smell is unmistakable and I didn’t know if I could get rid of it.

The second problem was that they felt dirty to the touch—kind of greasy. There wasn’t any way to use them like they were so I decided to roll the dice and wash them. I used a large fine mesh bag meant for washing delicates. I put about half the fabrics in the bag at a time and washed on a normal cycle with regular detergent. I wasn’t expecting good results.

To my surprise, they came out beautifully. Hardly any fraying at the edges and they smelled nice! The nasty greasy substance had disappeared, too. But there were more surprises. 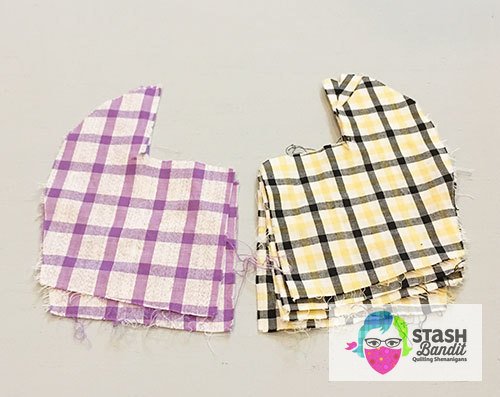 When I began to iron the pieces, many of them were in stacks and they were odd shapes. I’ve spread them out a little so you can see how many identical shapes there are. 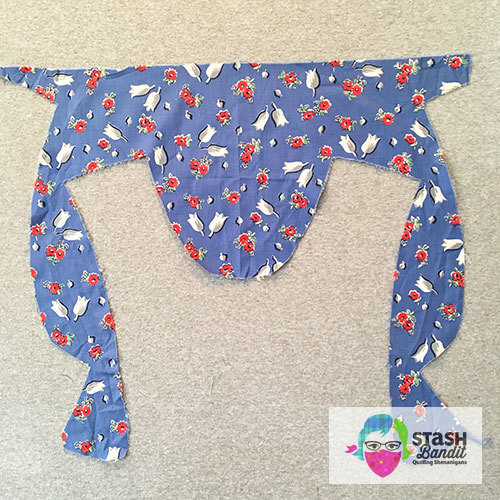 This one cracks me up. It looks like the front of an old-fashioned apron. 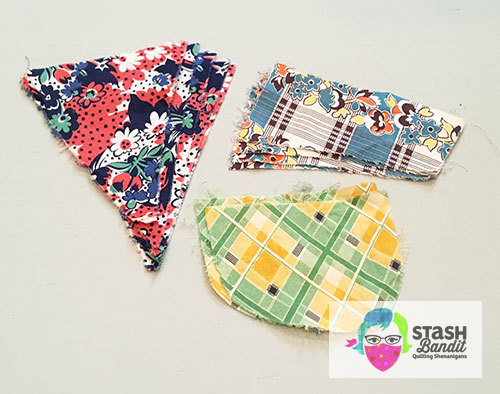 I know of at least one garment factory in this area that operated for many years before everything was Made in China, so maybe they came from that cutting floor. It seems likely that they were scraps from a factory somewhere. 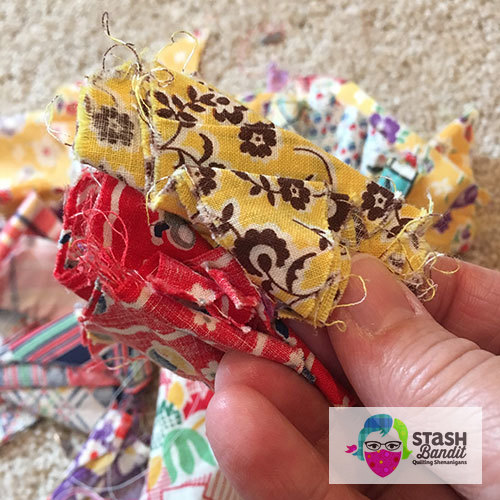 But this was the best surprise of all: There were lots of patches that balled up during the washing process, and there seemed to be many layers. When I straightened them for pressing, I found diamonds. 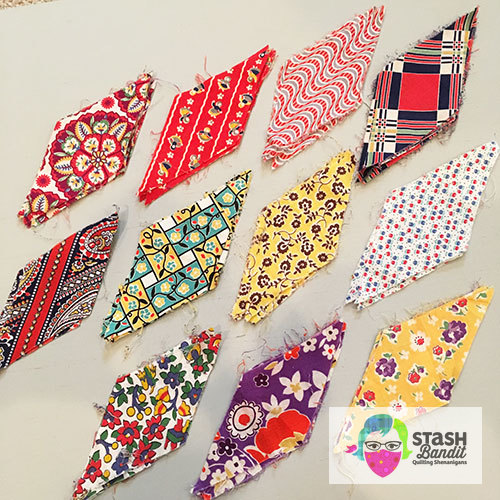 Lots and lots of diamonds. There are as many as eight diamonds of some prints. I haven’t finished pressing them all—and I keep finding more in the scraps as I continue to sort. I’m conjuring up ideas for a scrappy Lone Star quilt. Wouldn’t that be fun? I think I’ll throw precision to the wind and just make whatever comes out.

There were a few fairly large pieces that will make good borders or part of a backing.

You just never know what’s inside an ugly brown bag.

“Shell We Dance” is my latest design for Quiltmaker. The May/June issue is on newsstands now. 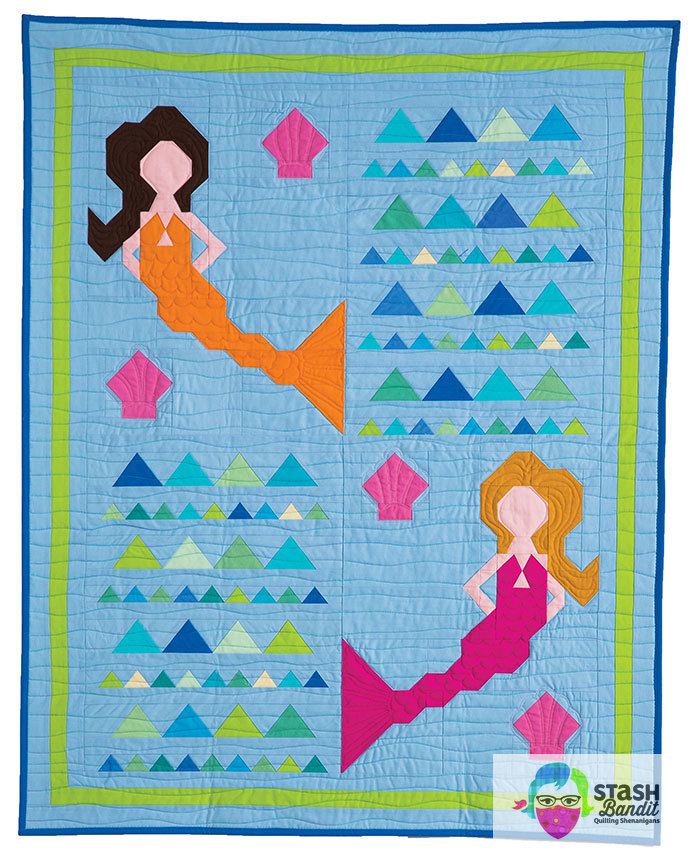