Last week I co-hosted a quilt retreat with Wagner’s Quilts & Conversation in Arapahoe, Nebraska. Eighteen quilters joined us for three days of fun. The food was great and the company was amiable! 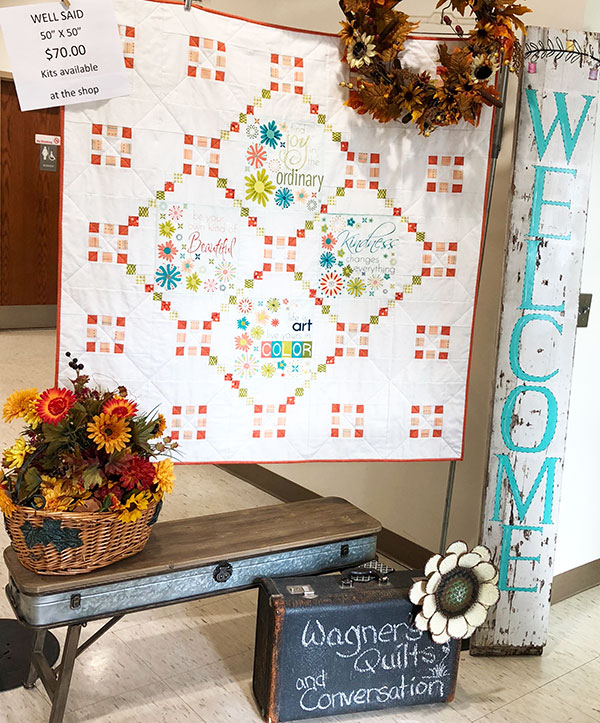 The owners of Wagner’s Quilts are Ruth and Gretchen, a mother-daughter team. They’re good at making an event feel special. 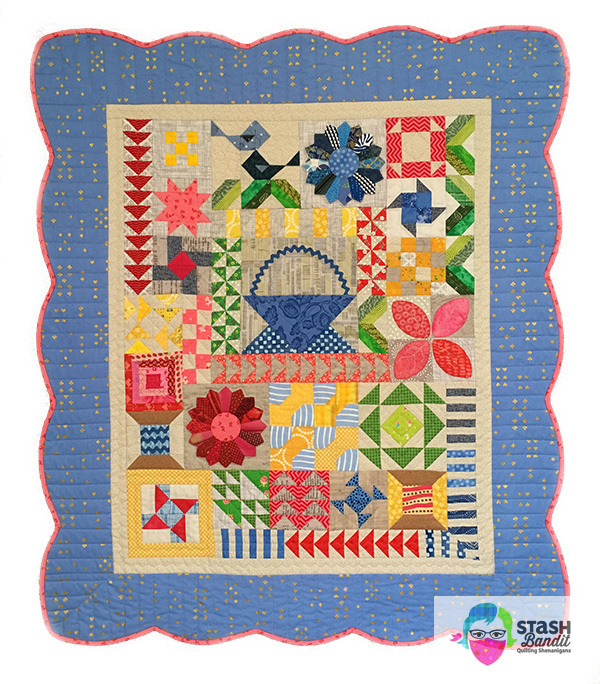 We worked on Petit Patchwork, shown above, a small quilt I designed just for this event with the idea of teaching several new skills as we progressed. We covered partial seaming, mitering, Dresden Plate, stitch-and-flip, Flying Geese, raw-edge fusible applique, and increasing your accuracy for small piecing projects. I also showed them how to create scalloped borders for this quilt or any future projects. It was a lot to cover, and I know that sometimes they felt as if they were drinking from a fire hose. 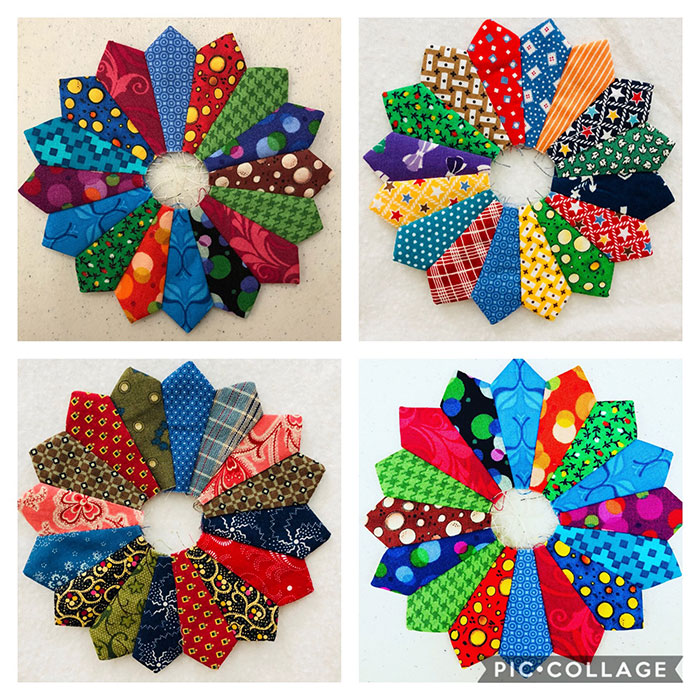 On the first afternoon, we made some 5-1/2″ Dresden Plates. The color choices for the kits were 1930s, brights and Civil War reproductions. We also spent time tweaking our seam allowances so the patchwork would come out to the correct size. 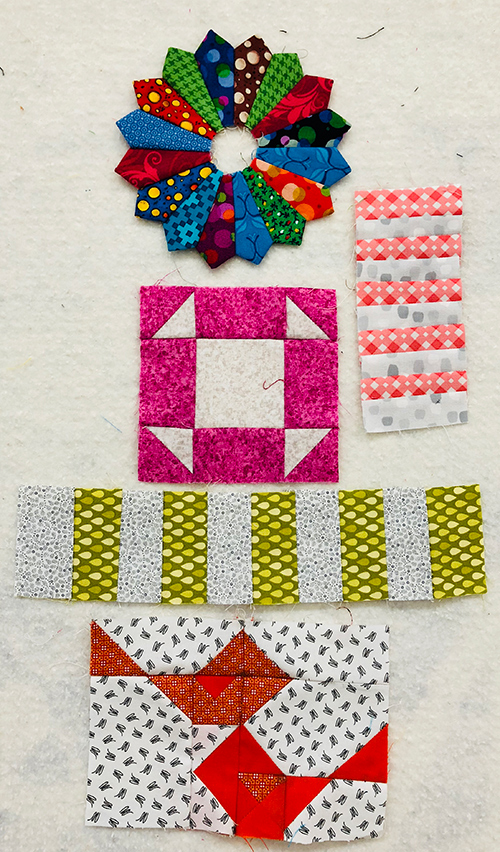 We spent a considerable amount of time on the little 4″ x 6″ bird blocks. They’re not really difficult but there are a lot of pieces to manage, and you must sew accurately so the parts all fit together nicely. 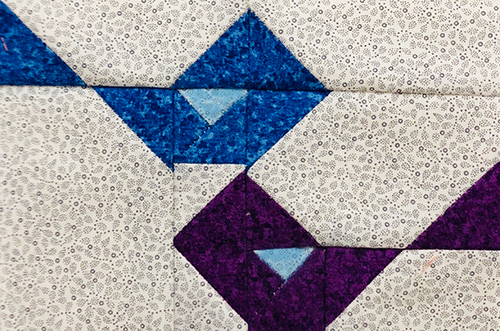 This is a block that gets easier with practice. Some of the quilters will probably make their birds again, and I’m sure it will go more smoothly the second time around. 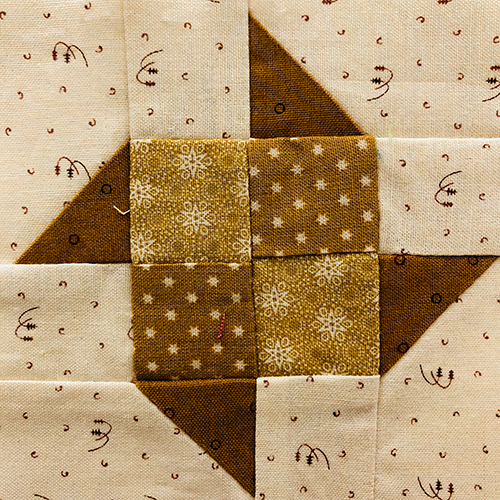 This 4″ Spinwheel block turned out really cute! There’s something about small patchwork projects that is just so appealing. 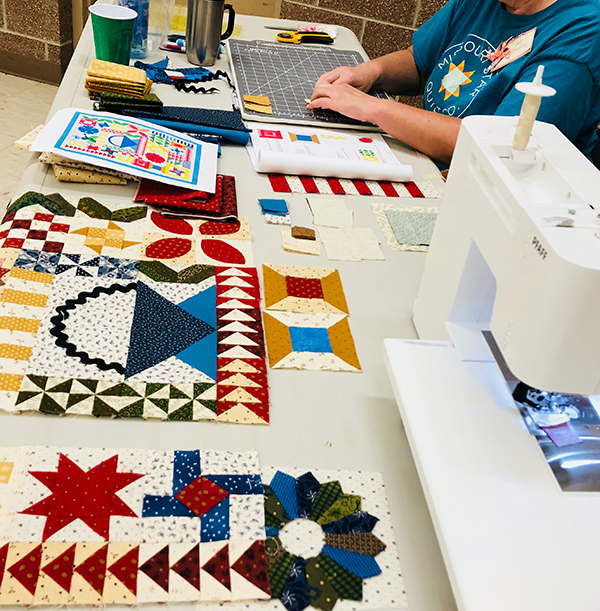 We made a lot of progress over the course of three days. There were messes everywhere—always a good sign.

Some of the blocks had dark fabrics for the backgrounds, which gives the quilt dimension and keeps it from being too predictable. 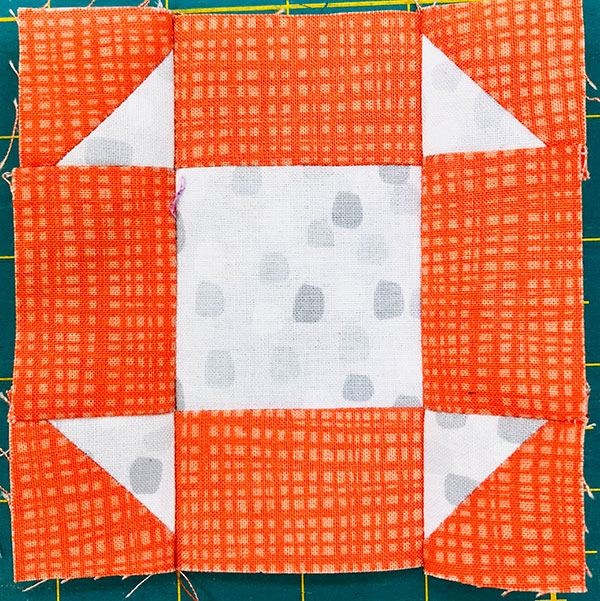 The meals were catered locally, and they were delicious. Breakfast and lunch was included, and then we found dinner in the evenings on our own. It worked out really well. Wagner’s Quilts provided gift bags for everyone and a nice coupon to use at the shop, about three blocks from the community center where we sewed. 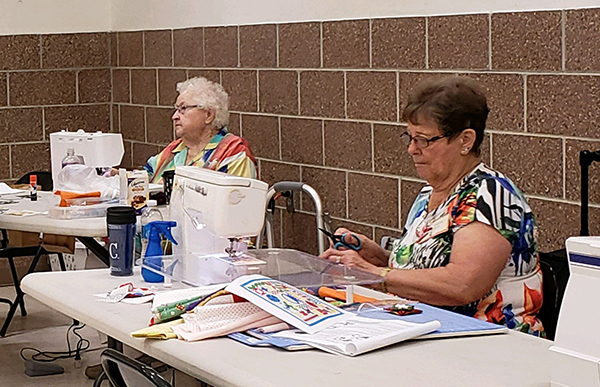 Everyone had plenty of space and the lighting was good. We didn’t trip a single breaker.

I enjoyed getting to know them better. More than half were returnees from last year’s retreat in the same community.

They put on a stellar show-and-tell on Friday afternoon. I’ll show you those quilts in the next post. I hope you can join me for a quilting retreat some time! Soon I’ll have details for the Stash Bandit Mountain Retreat in Colorado in March of 2019. Maybe you can come?!