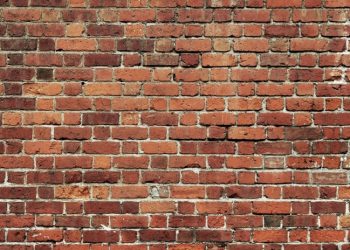 Thank You and Farewell

The year that nobody saw coming will soon be over. What began with optimistic themes like “Seeing Clearly in 2020” turned into a worldwide nightmare in February and March.

Stash Bandit has fared better than many small businesses. I resisted doing virtual programs for months because I felt overwhelmed by the technology and everything else that was happening. But by mid-summer I decided it was sink or swim. It turned out to be a really good thing.

Just as I was feeling comfortable with guild programs via Zoom, quilt professionals realized widely that classes were also possible in a virtual format. So I jumped in there, too. There were definitely bumps but I taught some successful workshops and met a lot of wonderful quilters in the process.

Then another development: Teachers realized we didn’t necessarily have to wait for a guild to call us. We could schedule a program or a class on our own and invite people to come. It seemed like the best of both worlds. I figured out a platform and a way to collect class fees. I started to plan and advertise. I taught one class and it went really well. But then, seemingly out of the blue:

It wasn’t any one thing. It was the cumulative effect of too many unknowns. And it was not out of the blue.

If there’s one thing I’ve learned, it’s how to recognize when I’ve reached my limit. And how to treat myself gently as needed. When I slammed headfirst into that brick wall, gentleness was definitely in order.

I have kept up with the essentials: my freelance gigs and keeping the kitchen and bathrooms clean. Everything else was put on hold. And two weeks later, I’m starting to emerge from the fog. I’ll be good to go for everything that’s scheduled for January, but I really needed this down time (even if it was not in a hammock on a tropical island).

I am sharing this openly because it’s easy to think that what you see on Instagram or Facebook is the whole story. It isn’t.

I’ve had productive times during the pandemic, but I’ve had many dark days when I accomplished nothing at all. I just could not. In August, an extended family member who was also our neighbor took his own life. We reeled with disbelief, sadness and anger for weeks, and then we got on with things because we had to. And I wonder if some of that isn’t catching up with me now.

I’m also writing this in order to say thank you.

If you’ve read a blog post, left a comment, liked something on social media or come to a virtual guild meeting, thank you for supporting my small business. It means the world to me. Thank you, thank you for all the large and the many small kindnesses in the form of words, clicks, notes, photos and more. I appreciate each one so very much.

And while we’re not out of the pandemic woods just yet, let’s bid 2020 adieu. Farewell, so long, sayonara. Don’t come back.

Quilt on, my friends. I hope YOU will come back! There will be lots more lighthearted fun and quilty shenanigans up the wazoo.