I got around 20 blocks two years in a row. I stacked them up neatly, moved them around the country for more than three decades and never felt terribly interested in tackling them. 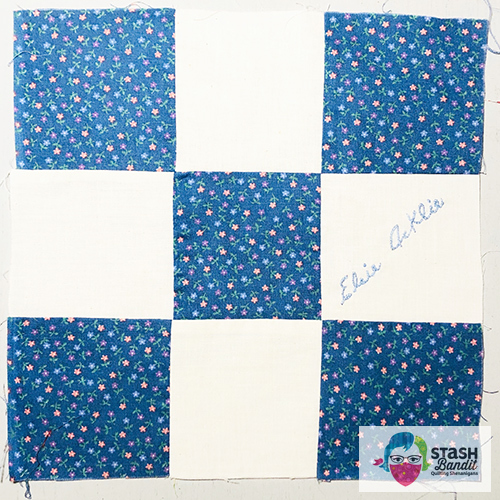 when I started sorting UFOs and reimagining what these could become! I’m going to tell you the whole story, but let’s start with the story of just one block, because if this block could talk… 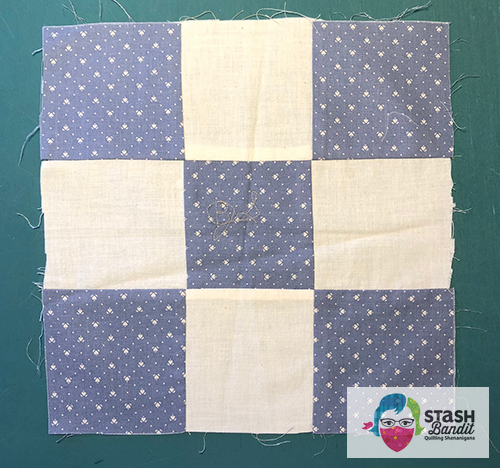 At first glance it’s not too bad. But if you look more closely, a few things become clear. 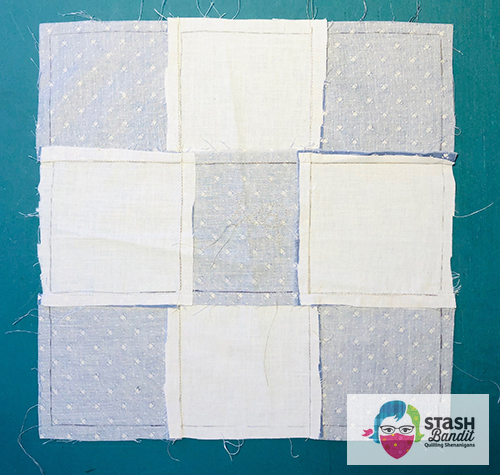 Flip it over and you can see marked pencil lines, as if for hand piecing. Except that after marking those lines, she pieced it by machine. Maybe she didn’t understand that you don’t need to mark the sewing lines if you’re machine piecing. 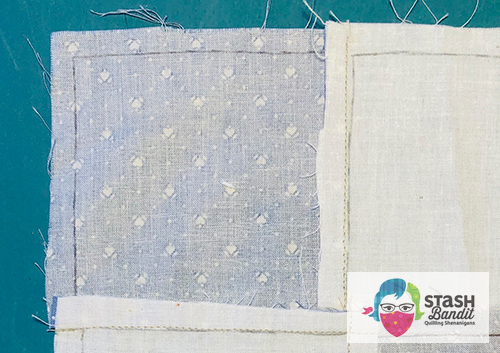 and you can see that she probably cut the patches out with scissors and not a rotary cutter. I think I got my rotary cutter in 1987 or ’88, so maybe she hadn’t yet caught on to the craze. 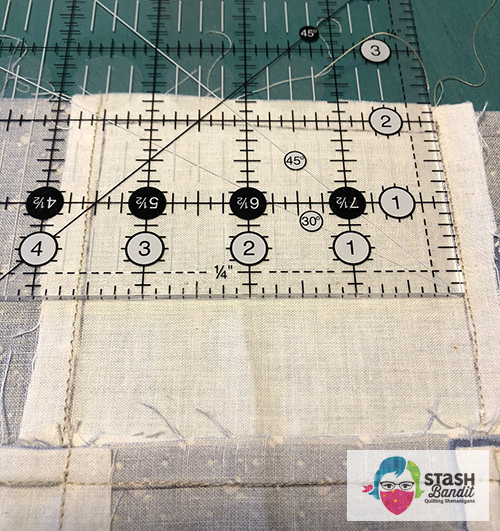 I don’t remember how the block instructions read, but the patches were to be cut 3-1/2″ square in order to finish at 3″. This maker’s patches finished a little over 3-1/2″. So the block’s first problem is that it’s too big to work with the others. 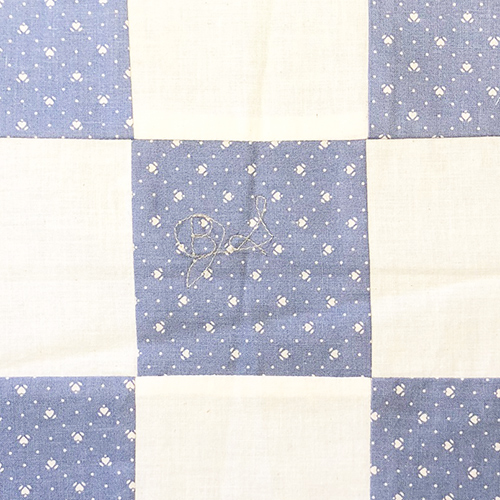 Its second problem is that for my idea to work, the signature can’t be on the center patch. It turns out to be a silver lining that the patches are too large because I can make this happen! 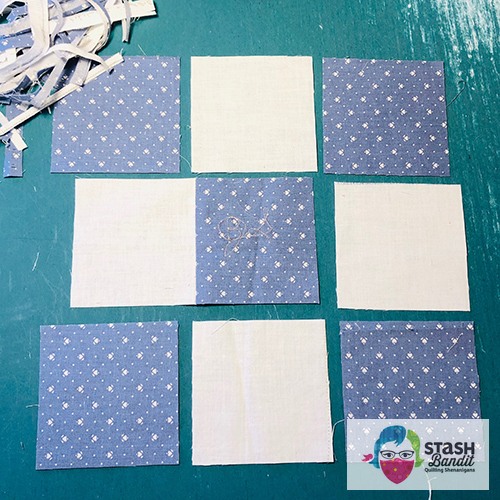 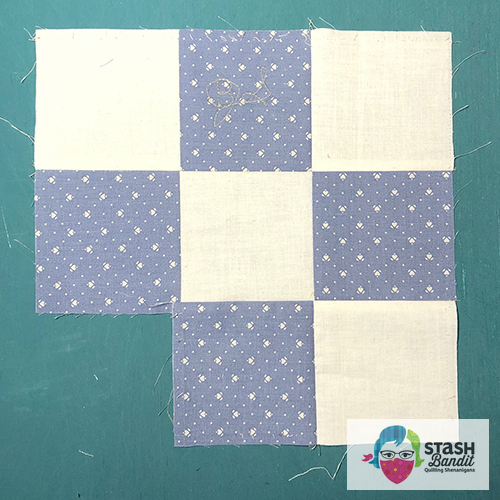 them so that the signature is not in the middle and sew them back into a partial block. Voilà, we are ready to roll. It’s a little hard to see but the signature is now at the top of the block. And the block is 9-1/2″ square so that it fits with the others. One problem solved. 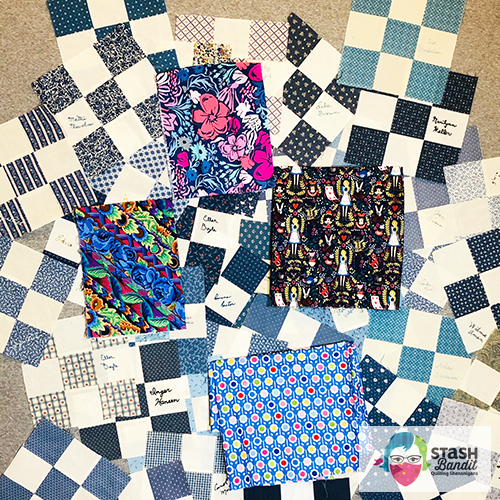 As I brainstormed for what to do with these, I auditioned a lot of blue fabrics. But nothing was working. The blues in my stash didn’t do anything for the blocks. So I asked myself “What goes with blue and white?” 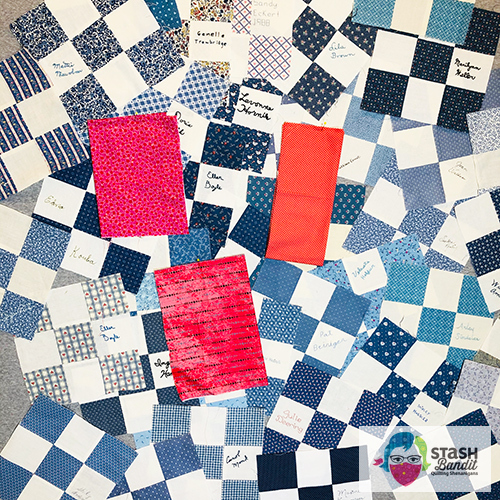 It was pretty easy to see that red would be a great solution. It didn’t matter what kind of red I put with them, it looked great! Pink-red, salmon, orange-red—they all added much needed zip! 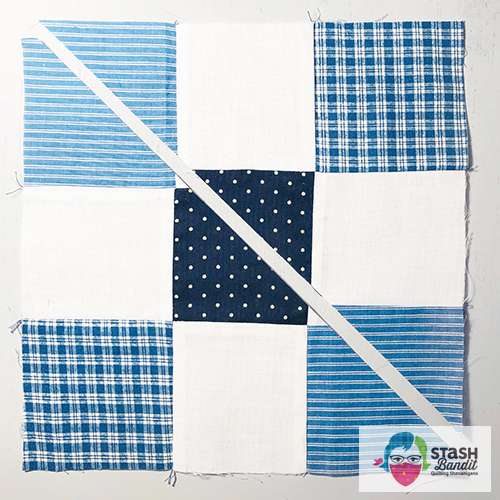 My idea for the blocks 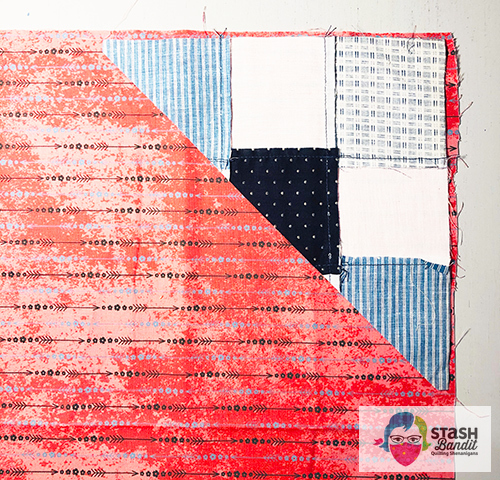 My idea was to cut red triangles a little larger than the Nine Patch halves and then sew them together. 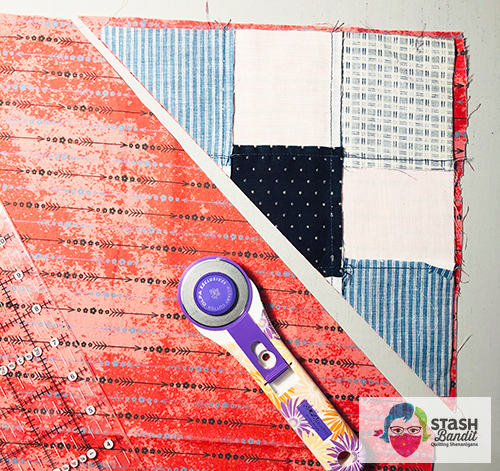 Then I realized it would be easier if I wasn’t sewing on the diagonal at all. New plan: 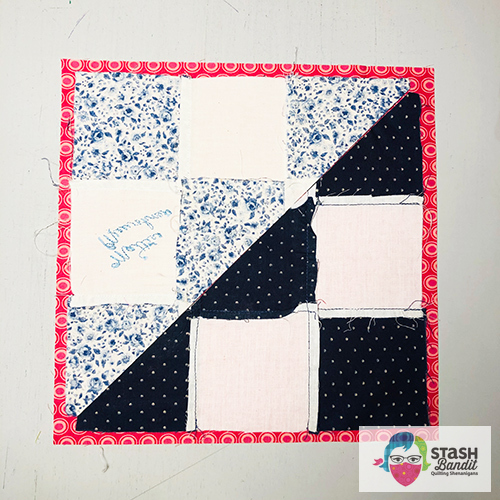 Layer two Nine Patch halves on one big red square. Sew 1/4″ from the edges and then cut them apart. 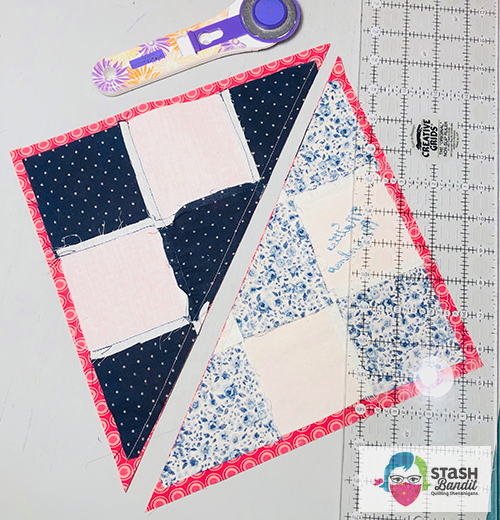 And this is where all the fun began.

I ended up with 9-1/2″ blocks, half red and half blue/light. Do you know what magic lies in a block that is darker on one side of the diagonal than the other side? 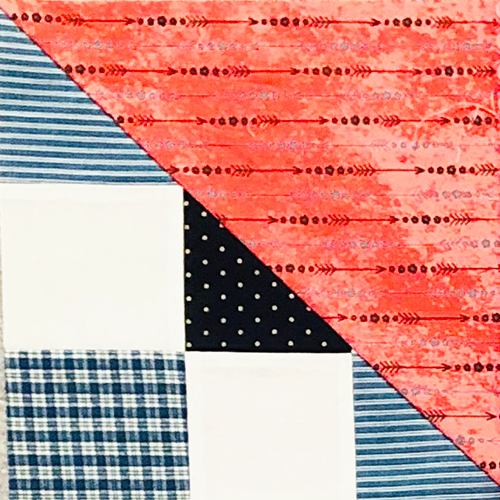 I’ll tell you all about it in the next post!

Until then, happy scrapping!