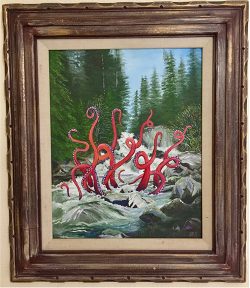 How to Fix a Broken Quilt

I saw the most interesting photo on Instagram last week. The South Sound Modern Quilt Guild in Olympia, Washington posted this image from their show and tell, and I had to find out more. 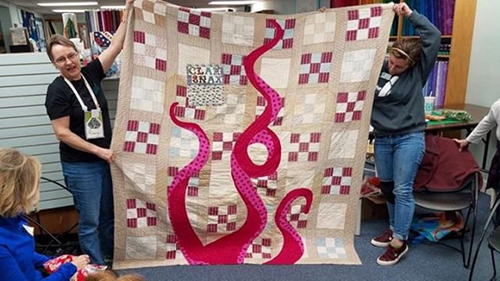 I mean who wouldn’t be curious about the story of this quilt? Giant octopus arms on a traditional Nine Patch? There has got to be a story there.

I reached out with an Instagram message and heard back from Paige, who directed me to the owner of the quilt, Amy Hanson.

And indeed, there was a story there! 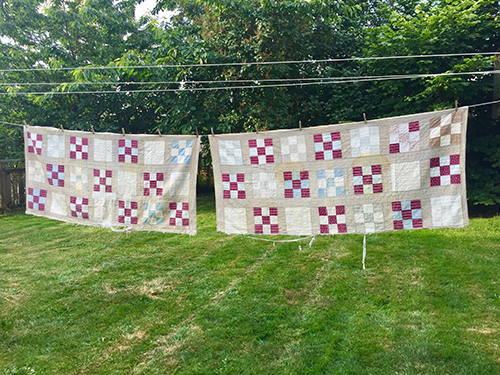 “It’s a family quilt (from the ’40s? made of work shirts?). It’s a utilitarian quilt that isn’t hugely inspirational. My brother wasn’t really careful with it, and it came to me torn in two. He wanted me to fix it but honestly, it’s worn and stained enough that fixing it would be a huge job…and I’d still have an uninspiring utilitarian quilt. So I’ve had it in a closet for 15 years.”

I have a few projects like that myself, so I knew just what Amy meant. Maybe you have some, too? But here’s where the artist in Amy must have come out. 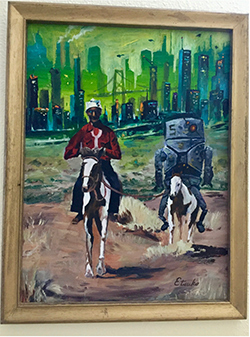 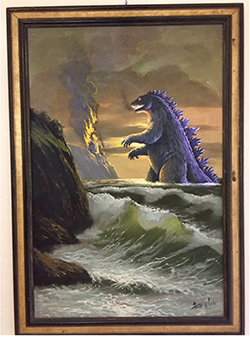 An exhibit called “Monsters in Thrift Art” by the group CLAW, which stands for Cartoonists League of Absurd Washingtonians, came to the hallway where Amy works.
These artists scour thrift stores to find paintings with potential. They add whimsical elements to turn unwanted castoffs into masterpieces of humor. 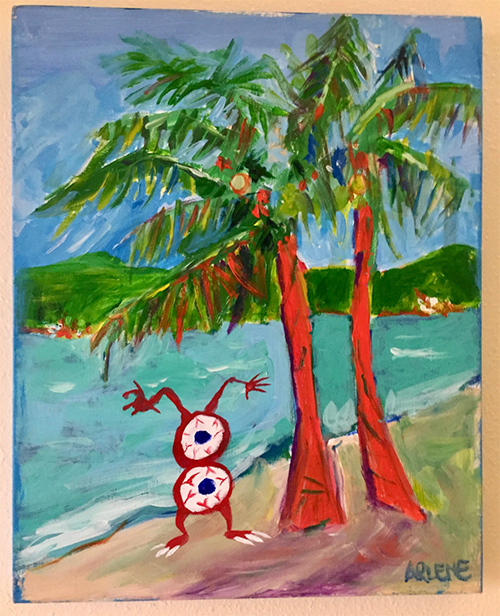 For Amy, the lightbulb went off.

“…suddenly I had an idea for how to fix the quilt and make it super fun. Not being a painter, I couldn’t make my own monster art. But I had this broken quilt!” 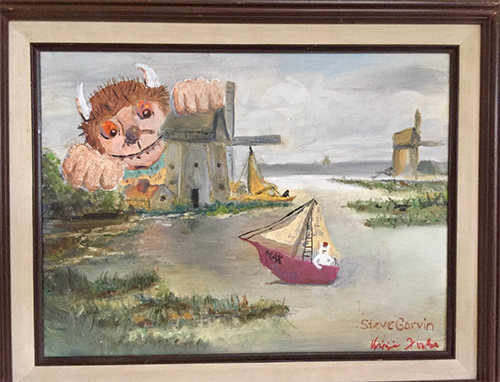 Here’s another look at the quilt Amy’s still working on.

One thing to notice is the fabric Amy chose for the suckers on the arms. A bold polka dot suggests suckers. Isn’t that brilliant?! She also stayed (more or less) with the original color scheme. I can’t wait to see the finished quilt. What fun!

Here’s a tidbit for you. At first, I called them “tentacles” but I didn’t know what to call the little suction cups. And in researching that, I learned there’s a difference between arms and tentacles. An octopus has arms. Who knew?!

This reminds me of an ugly quilt top that I made in the ’80s. It’s awful. I wonder if there’s any hope of salvaging it by adding something funky. Or cutting it up and repurposing it in a scrap quilt. Or…

The ideas are germinating all over the place. Stay tuned.